For this month’s story craft post, I’m going to go highly subjective. Out of curiosity, I spent a couple of hours last week breaking down my own favorite stories (my favorite books, games, movies, etc) and looking for the common threads that ran through all of them. I certainly found a few consistent factors, including several which I didn’t necessarily expect. Your mileage may vary, but here’s what makes me personally fall in love with a story:

What common threads have you caught running through your own favorite stories? Do any of my factors resonate with you?

Hey all, I’m going to start off this year’s tip posts with a simple technique that’s so far helped me keep my own writing habit resolutions.

For 2019, I resolved to work (as in write, edit, outline, or market) for at least two, two-hour-long sessions each weekday. This way, I’m putting proper part-time work hours into my writing. The hardest part of this has been making the mindset shift. The best way to make that shift? Actually treating my writing career like any other job.

In order to keep myself accountable and get myself into the head space for work, I’ve been using a clock in app whenever I sit down at my desk. A quick search on any app store will lead to many apps to choose from, but I personally like Clock Punch, as it works well for just one person and lets me track what I’m focusing on for each shift. This way, I can set individual hourly goals for certain tasks when the need arises.

When I report to work, I act just as I would if I were at a salaried position. While clocked in, I don’t allow myself to check social media, play games, or do anything else I wouldn’t do if I had a manager to report to. I still do have one, in fact – my manager is myself. Anything outside of writing can wait.

After all, I’m on the clock.

If you give this technique a try yourself, let me know how it goes! What are your writing resolutions this year? Have you found any tools that help you make them happen? 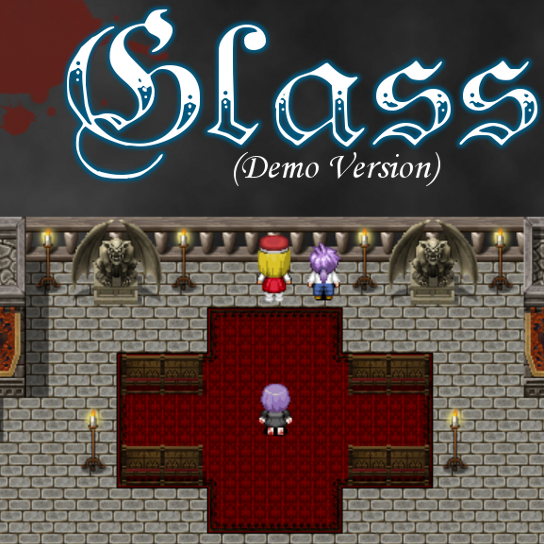 It’s been a long time coming, and this post is super late, but the first demo for Glass, my full-length RPG in progress, has been out in the world for the last couple of months!

There have been some frustrations, such as a stubborn occasional crashing bug that I haven’t yet been able to fix, and a lack of time to iterate as often as I’d like to, but it’s been a rewarding process so far. Glass is a story I’ve been working on in various forms for quite a while – it’s great to actually be able to share at least the first few hours of it. As much as I love traditional storytelling, and all of its unique strengths, there is something special about inviting players to explore an interactive world of your creation.

Glass (Demo 1.1) is available now and I’d love to hear what you think about the game so far!

One topic that comes up a lot during discussions of game design is the value, or potential lack thereof, of the Game Design Document. This living document, which can be used to guide and define the design of a game during both its planning and production phases, is a tool used by most major game studios, but it’s usefulness to a solo developer or small indie or academic team is more debatable. What exactly this document should contain is another point for debate.

So, what exactly is found in the usual GDD? That varies. This document, essentially an outline of a game project, is often tailored to fit the project and studio using it, but for those unfamiliar with the concept, some common examples of content might include:

Of course, this is only an example of a few game design basics that may, or may not be, present in any given GDD. Another thing that varies is the level of detail provided on any given subject. For instance, many game design documents also serve as technical documents, with specifications about how the mechanics, menus, and modes will be implemented in terms of programming and scripting, but others focus primarily on the design aspects themselves, without getting too deep into how these aspects will actually be implemented into the game. The genre of the game also naturally changes what should be present in the GDD. A highly story driven game, for example, might feature a full narrative outline or game script, whereas a more arcade style game may forgo the narrative design section nearly all together. Actual sketches, demos, or screenshots of level designs and other game environments may also be present or not in the GDD – it all depends on the amount of detail a developer desires to have in this single document, or in the case of some major companies, the amount of detail publishers require.

As with nearly anything, there are pros and cons to creating and maintaining a GDD for your game project. The discussion actually reminds me quite a bit of the classic ‘pantsing’ versus ‘planning’ debate for traditional writers – that is, whether or not to outline a novel or other writing project before actually writing it. As with a GDD, a ‘planner’ often writes the outline before beginning the novel and tweaks their notes as they go along and progress with their project. However, where game design documents differ from novel outlines is that a game has many more aspects to take into account, aside from narrative alone. A game design document can be very useful for combining the gameplay, narrative, audio, and artistic ideas a designer might have into one cohesive vision of a game. It can also help a designer remember some of the aspects of the design that might perhaps be slightly less exciting, such as the User Inferface and some of the technical details. After all, a game isn’t made from any one aspect – not the gameplay, the story, the art, nor the music. Instead, it’s the sum of its parts.

Personally, I tend to believe that game design documents are a very useful tool in the design process, even for a solo developer or small team, because they help the designers and the developers ascertain that all of their disjointed ideas really come together to form a complete and satisfying product in the end. However, there does come a point where the simple chore of recording and updating every detail of the game becomes a bit excessive or just another distraction from actually getting the development done.

Here is my personal take on the pros on the cons of the GDD:

For these reasons, when it comes to solo projects or small teams, I would tend to recommend GDDs more to those designers who might also outline a novel before writing one. For those who would simply sit down and start writing, forcing themselves to plan out and update a GDD might only hinder their progress on the project, itself, and they may find it easier to simply take less formal notes as they carve out their progress from nothing but the ideas in their head. I also find that game design documents tend to be more important for mechanical or gameplay oriented games. If a game is more story-driven, even if it’s otherwise fairly long or complex, it often seems to be more crucial to focus on nailing down the details of the plot, instead. The value of a GDD really does depend on the type of designer you are, and on the type of game you are making.

Regardless of the genre or situation, however, I personally find it most useful to write a GDD that focuses on the actual design of the game, not on the technical specifications of how that design will be implemented. In other words, I find it more useful to focus on concepts such as why anyone would want to play this game, how the gameplay and narrative connect, what the overall atmosphere should be, and how the difficulty curve should feel, instead of how any given feature will be programmed. I believe that a GDD should be about vision – it should be about turning your ideas into a cohesive experience that you are truly excited about creating, and it should be about why this experience will matter to the people who might one day play it.

If you are interested in creating a GDD for your project, a simple Google search will offer plenty of ideas and examples. If you would like something to start from, you can also download and edit the GDD template that I generally use for my projects here. (Some of the terms and concepts used in my usual GDD, such as engagement types and micro and macro arcs, come from terms used specifically at my school. They’re fairly self explanatory, but you can find definitions of those terms here.)

Regardless of what type of GDD you choose, it is important to tailor the document to suit your own personal style and the needs of your game concept.

Note: The schedule is on hiatus and will resume later in 2020. 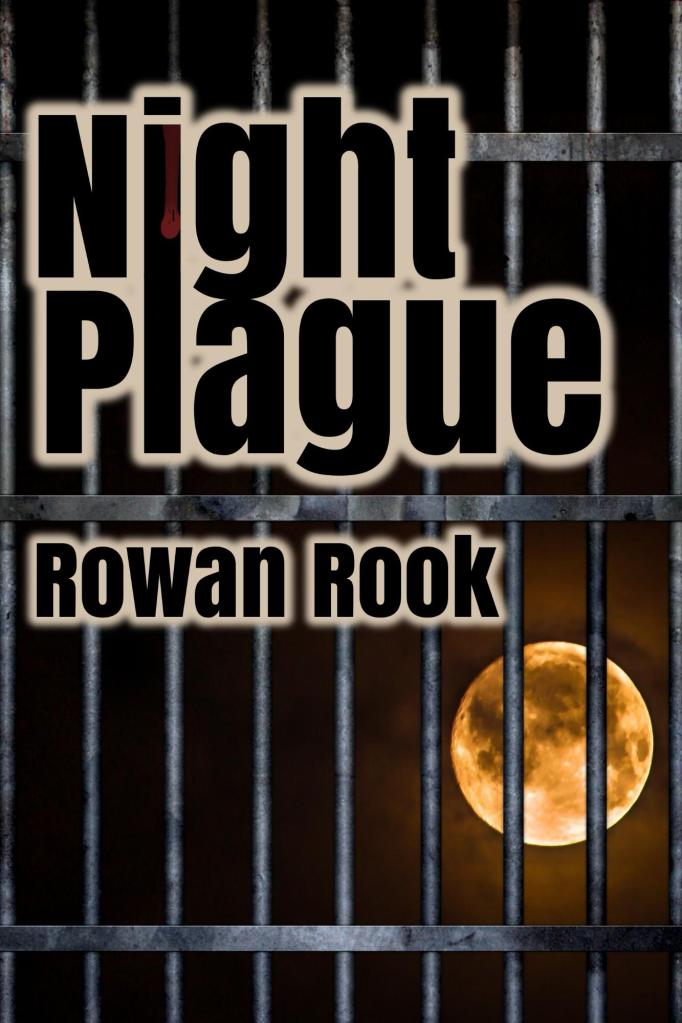 Humankind will soon be extinct, but the peaceful end Mason Mild had planned is jeopardized when he realizes the plague has some rather unexpected side effects. Have the fang marks above his heel dealt him an early demise or a second birth?

New Novel Release: The Woods at the End of the World 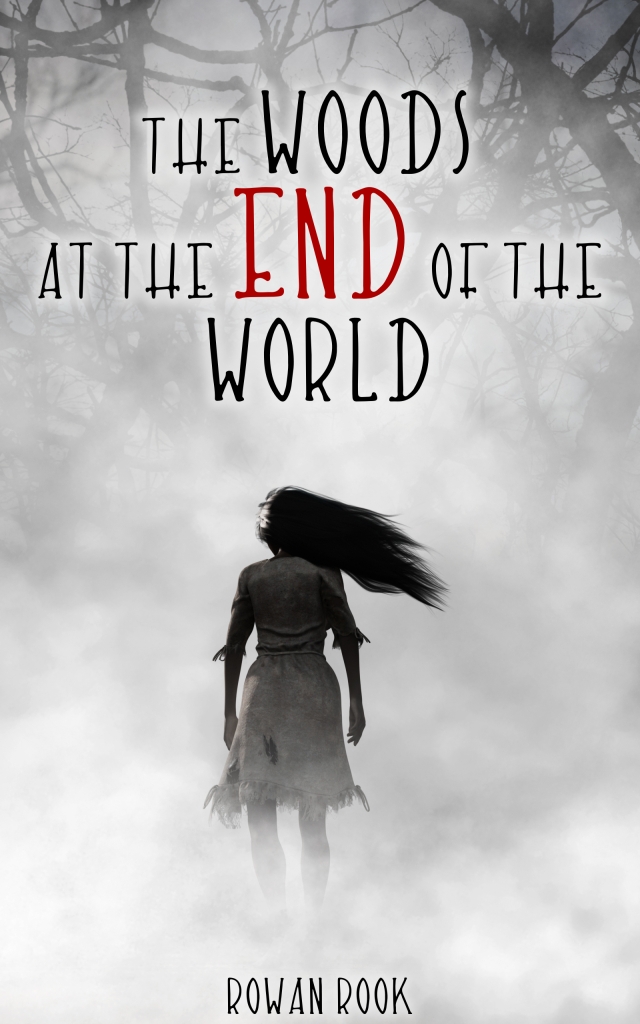 The world ended before Sun was born, but her world ended just under a year ago, when her sister, Moon, disappeared. According to Mama, the Woods shield Haven farm from the decay left behind by the End, but if Sun doesn’t want to suffer the same fate as her twin, she’ll have to venture through the unknown.

Buy or Find out More